INTERVIEW Antonije Pušić: I believe in the intellectual capacity of Homo sapiens 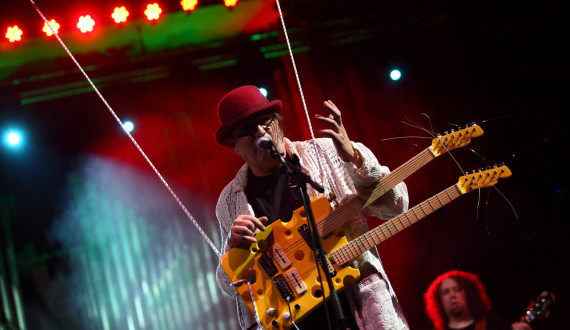 A premiere of the composition of one of the most authentic Balkan musicians, Antonije Pušić, better known as Rambo Amadeus will be performed at the Grand Opening of the 17th KotorArt Don Branko Music Days on July 13th . Commissioned by the Festival, the theme of the composition “Stella’s Passion” for the soprano, narrator and chamber orchestra is ecology and raising awareness of the state of flora and fauna of the Bay of Kotor.

When asked about the beginning of this cooperation, Antonije Pušić je said:
I was invited by the director of KotorArt Don Branko Music Days, Mr. Martinović, and I accepted his invitation with great pleasure. The older I get, the more I like making commissioned music.

The original title of the composition was “An Unexpected Appearance of a Sea Monster under the Institute of Marine Biology”
Yes, I was. But it was changed in the end. Mr. Martinović suggested a more suitable title to the work’s genre, “Stella’s Passion” because a starfish is actually the main character of this piece. The text I wrote was written from the perspective of the sea flora and fauna. They cannot understand man’s behavior with all his negative and unusual influences on the sea flora and fauna.

You wrote this piece for two roles, i.e. two voices and a chamber orchestra. Why the dramaturgy of the composition is so specific and what kind of roles did you assign to the voices?
The soprano is a starfish and the baritone, whose performance I would describe as a Written Wu Tang style plays the part of a cruise ship, a gigantic passenger ship stuck in the Bay. Throughout their dialogue we get to know the content. A string chamber orchestra is slightly expanded with the instruments from City Music. It is hard to associate a sound of an engine or some other machine without percussions, tuba and euphonium.

What kind of guidelines were you given by the Festival which commissioned this work?
The commission had three guidelines: the theme should be ecology, it should involve local problems and it should last 22 minutes. Of course, all ecological themes are global themes so it took some time to think and do the research about all ecological challenges in Bay of Kotor, a rather unique world’s biotope.

You often use quotations from songs of various music styles, as well as your own quotes. Is that also the case with this composition?
I like to quote, but I also like to paraphrase. We are living in the time of eclecticism, in the conglomerate of lifestyles and that all is also being transferred to music. Music isn’t architecture and it doesn’t leave permanent consequences unless the style is adjusted to the ambience. In that sense, composers can create more easily because even if the work doesn’t fit the ambience, it can permanently disappear after being performed so it doesn’t leave any damaging consequences except maybe psychological consequences on the listeners. And that is the goal of every work- to influence the people.

At the opening of the Festival you will also take part in performing Ivan Marović’s composition „The Immortal Ray”. You will be telling the verses from Njegoš’s “The Ray of the Microcosm”. How much are you familiar with his verses?
I am reading “The Ray” right now. I grew up at the time when “The Mountain Wreath” was on the obligatory reading list in schools. I held “The Ray of the Microcosm” in my hands a few times but I was too young to understand that archaic writing style along with the meaning that was strictly philosophical.  It is a fascinating fact that Montenegro once had a ruler that was both a poet and a philosopher. His verses interpret so accurately the time when he lived and wrote about. 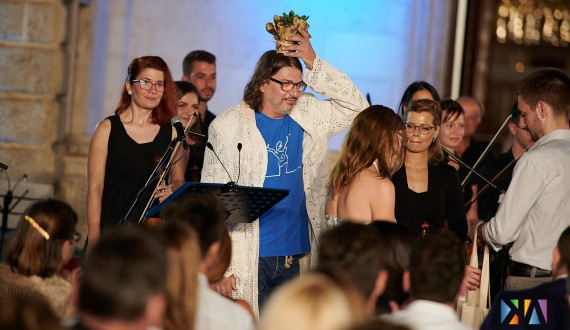 This is the first time you have cooperated with KotorArt, the most complex art festival in Montenegro. You are personally involved in the organization of the Jazz Festival in Herceg Novi. From an artist’s point of view, what is your stand on the culture and culture politics in Montenegro?
Culture shouldn’t depend on the government. Take a look at jazz, an autochthonous American culture product par excellence. That country did absolutely nothing to create jazz. If they had interfered, the question is what would have remained of jazz. The government always makes the culture after its own taste. The higher the hierarchy gets, the culture they approve and stand for is more popular or more traditional. That is why it’s important for local communities to have a dominant cultural production free from authorities’ ambition.

You are a passionate advocate for the environment protection: you have prepared food on the solar grill, you collected means for transforming a 100 year old sailboat into a solar sailboat, you promoted a bicycle as an alternative transport … When it comes to pollution, is there a way out?
I believe in the intellectual capacity of the Homo sapiens. We should only disable other high primates to interfere the decisions of Homo sapiens.

You stated that your performances are fun and educational at the same time, that after every show everybody leaves the room mentally richer and emotionally fresh so the paid ticket could be considered not as an expense, but as an investment in your work and the development of the audience. In your opinion, which cultural event could be a good investment?
That sounds like a great advert for a concert!
If I had an opportunity, I would go to the concert of Stravinsky music or listen to the standup comedian Eddie Izzard or visit an art exhibition by Voja Stanić. I am sorry for not having a chance to listen to live performances of John Cage, Hendrix, Parker or talk to Bunuel or Maupassant. I would gladly visit the lecture of Makavejev. I would also go to the concert of my esteemed colleague Ivan Marović and see a new film by Ivan Marović.

One part of your chosen pseudonym undoubtedly reminds of the highly media exploited person from the music world, Mozart, i.e. Amadeus. Was that the reason for writing the cadenza for the Mozart’s Concert for the piano in C-minor which was performed by the pianist Ivan Tasovac in 1995?
I think that this case has more to do with this first part of the name, that is, with the entire oxymoron compound of these two equally exploited names. Tasovac wanted to make some kind of provocation and I was completely aware of it, so I made him a cadenza in the rhythm of nine eighths, completely unsuitable. It seemed as though Mozart had been drinking brandy and then started dancing the traditional Macedonian circle dance (kolo). Cadenza, just as I wanted, sounded grotesque.

Were you satisfied with that performance?
Tasovac played it with understanding and the audience loved it. But, a lot of people came to Kolarac for the very first time expecting something unusual.

What are you working on right now?
On this composition and on my sailboat. Both of them are more demanding than I had expected. Work without end. That is why I don’t have time for anything else.

What do you wish for in the future?
Whatever you do, after 30 years it starts piling up. I have a few commissioned works. I am actually a direct producer; I produce and export my goods. My first wish is to see a successful performance of this work, that the audience loves it and that we get more guest performances. Then I would like to try out my solar sailboat, test it and enable it for international sailing.

Biography:
Antonije Pušić is a musician, songwriter, environmentalist, tourismologist, sailor, innovator, ambassador of goodwill for UNICEF. These are some of Rambo Amadeus's career and life choices during his 30-year long career. He describes himself as a "media manipulator", and "a world’s awesome mega dude”. A multimedia artist, one of the most famous regional authors, has played with various bands and musicians, on the hotel terraces, at the opening of the Winter Olympic Games in Sarajevo, wrote lyrics for Lepa Brena and Vesna Zmijanac, music for theater plays, films, silent film, column in Blic ...