Forty years ago, on April 15th 1979, Montenegro was hit by one the most devastating earthquakes. The epicenter of the earthquake was between Bar and Ulcinj, 15 km from the Montenegro coast. It lasted only ten seconds and 101 people died. More than one hundred thousand people lost their homes and 250 towns and villages were destroyed. 53 health facilities, 240 schools and over 1000 culture monuments were damaged. 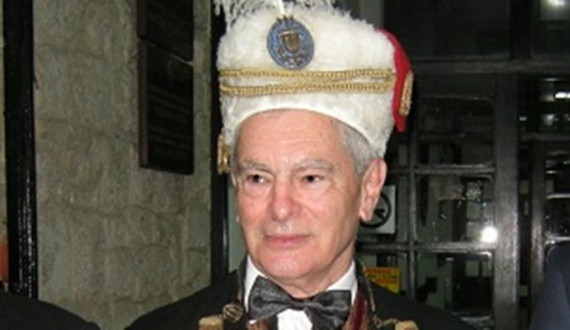 On the occasion of the remembrance of the catastrophic earthquake, after which Kotor Old Town was enlisted in UNESCO’s world culture heritage list, we spoke to Antun Sbutega, the descendent of a 500-hundred-year old family of Boka navy captains. A Kotor native with a well-rounded education, abilities and interests, Montenegro’s ambassador in Vatican and Italy for nearly a decade, with a PhD in economy, the admiral of Boka Navy, a university professor, a member of the Sovereign Military Order of Malta and since recently the council president of Don Branko Sbutega Foundation.

Since early childhood he was raised in an artistic ambience, surrounded by literary, artistic and music content. But as the years passed, his interests and affinity for painting and literature prevailed, as well as the topics in the field of culture, art and spirituality. This multiskilled man from Boka, apart his many interests, professional and scientific studies on maritime and tourism economy, marketing and diplomacy, has also become an author of collection of poems Memory of the Sea, Letters from Rome, Ozana, People of Boka. Many years of studious exploration and historical research have resulted in publications such as “History of Montenegrin Maritime in the context of Adriatic, Mediterranean and World Maritime Affairs”, “Boka Navy” and “History of Montenegro”.

In its long history Kotor changed many governments and administrations which together with maritime and trade influenced it to become a meeting point of different cultures, East and West, Catholicism and Ortodoxy. How did the earthquake affect the newer history of Kotor?
Time is a mystery – the present is slipping away, the future is uncertain, the only thing we have is the past, the history. Everything we have was created in the past and it is the base of our future. History is a succession of changes in which we are trying to find meaning and order. History of Kotor, two millennia long, is rich and often dramatic. The town and its surroundings have survived many powerful earthquakes. The earthquake in 1979, one of the strongest, had severe consequences and not only regarding material damage and human victims. Thanks to solidarity of Yugoslavia, later Montenegro, the country and monuments of culture have been rebuilt. Keeping all that in mind, the past forty years have left a deep mark, but tradition, spiritual and cultural potential are strong enough to empower Kotor to endure the challenges of time and trauma the earthquake has left. This time Kotor has also shown its vitality and I am sure that like many times before, Kotor will overcome all its difficulties.

After this terrible and devastating earthquake, Kotor and part of the Boka Bay were enlisted in UNESCO’s world culture heritage list. How important was this for Kotor?
Enlisting the area of Kotor in the UNESCO world heritage list shortly after the earthquake was vitally important, not only for its reconstruction and promotion in the world, but also for raising awareness about significance of its cultural and ambient values and therefor preventing them from becoming even more devastated. The biggest problem in the last few years has been the threat to the ambient with inadequate construction and the role of UNESCO is here essential. 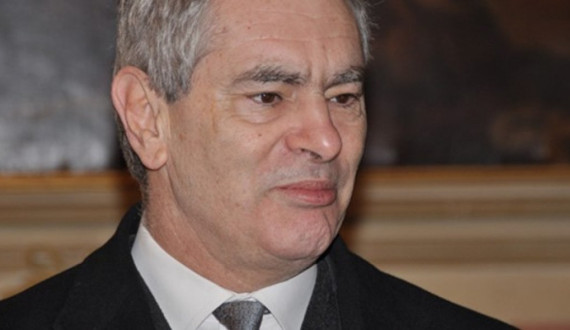 You support projects with important promotional, cultural and social influence on the entire Boka. Since 1991 you have been surrounded by Italian culture, you live in Rome, one of the world’s biggest culture centers. How important are culture and cultural politics in representing one country in the world, for creating an image of a small country like Montenegro?
Although I travel a lot and I’ve lived in Rome for a very long time (and Rome is the city with the biggest cultural heritage in the world), I can objectively evaluate our cultural heritage. I strongly believe that what we have is extraordinary. Culture in all its dimensions is so important for creating one country’s image especially when it is a small or a little known country like Montenegro. In small space one can find a combination of influences of various civilizations and that is Montenegro’s main advantage. Montenegro wasn’t successful in using it enough, it hasn’t valued or promoted its culture and its citizens often do not know it very well. The development of tourism based largely on cultural attractions is mainly a consequence of the fact that foreign agencies and companies recognized our value and not because we promoted it. Now the most important is not to endanger our culture while chasing for profit, but to have a vision of long-term development where culture still plays a vital role.

Your brother, don Branko Sbutega together with pianist Ratimir Martinović founded KotorArt Festival in 2002. You are a part of its organization today just like he was. This summer marks the 18th KotorArt Don Branko’s Music Days. How do you recognize the importance of this Festival?
KotorArt Festival was born thanks to the vision and enthusiasm of two people and at a very difficult moment. This a sign that, in spite of all problems, it’s always possible to make good ideas come true. The financial means are necessary of course, as well as good organization and help of various institutions. Over the years KotorArt has mostly had economic difficulties but thanks to persistence and abilities of Branko and Ratimir, and later after Branko’s death, most of all Ratimir and his associates, the festival continues to live and grow more and more each year. Based on its quantity, program and performance quality and number of visitors, it is becoming one of the most important festivals in the entire region. Like the entire culture of Kotor and Boka, the festival itself is open and dynamic. Leading musicians from all continents participate in it. But at the same time, it is classical and contemporary, oriented to the past and the future. Each year the festival commissions new work from Montenegrin and foreign artists inspired by important causes and dates in our history (Boka Navy circle dance, protection of the environment, anniversary of Njegos’s birth, Osana of Cattaro, don Branko, etc.), and a film director from Kotor Dušan Vuleković has made films appropriate for those occasions. This year's theme is the earthquake and UNESCO.

Support from local community, as well as public administration is very important for maintaining of KotorArt festival. How do you see your role, as a president of the council of Don Branko Sbutega Foundation?
Top quality isn’t always enough. It is necessary for the festival to become one with the town. It is an important part of the culture and tourist offer, so it represents a promotion of Kotor, Boka, Montenegro, but all that wouldn’t be enough if people from Kotor didn’t accept it as a part of their culture and tradition. And they have accepted it wonderfully. KotorArt festival in its segments (Don Branko’s Music Days, International Festival of Klapa Perast, Kotor Festival of Theatre for Children and Philosopher’s Square) is a part of Kotor, just like Dubrovnik Summer Festival has for a long time been an inseparable part of Dubrovnik. My engagement in it isn’t just motivated by the respect for my late brother, but because I strongly believe in its value. Although there have been some problems in the past, the Municipality of Kotor and Ministry of Culture have both continued to fully support and finance the Festival and the next step should be signing of a long-term agreement with the Ministry. It is also very important for the Festival to be supported by significant and interested sponsors.

With your two younger brothers, you were raised in a family that nurtured spiritual, moral and cultural values of Boka.
Branko, Milan and me were raised with the same values. Since our early childhood we have absorbed the spirituality and culture of Boka and each one of us has used them according to his own abilities and within his own profession. We tried to do the same with our children, but also to contribute to their protection, valorization and promotion. That local culture, deeply enrooted in Boka, is like all true values universal. It isn’t provincial. That is exactly what helped us not to feel like strangers, once we went from Boka to the world.

How would you describe your relationship with your brother Don Branko?
It was an open and dynamic, honest and emotional relationship. Branko and I chose different life paths and we had different temperaments. He was the more aggressive one, our communication was intense all our lives. I was older than him and my first memory is his birth. My family and I were by his side until he died. We shared the same basic principles, spiritual, moral and intellectual ones, but we often had fierce arguments. Sometimes those arguments would lead to verbal and dialectic conflict. We openly criticized each other, when we thought it was necessary.

Along with your rich and successful pedagogical, scientific and diplomatic career, you have been painting, writing poetry and prose all your life. What is currently occupying your attention, what are you studying at the moment?
A big part of my time and energy has been dedicated to Boka Navy, especially that its candidacy for enlisting in UNESCO intangible world heritage list ends successfully at the end of this year. We are preparing a representative exhibition of Boky Navy in Cetinje in May this year as well as one guest appearance of the Navy abroad. Also, I have been writing two books in Italian, one is historiographical and the other one is a novel.