Starting with this year's opening and with the anticipation of performances by major international artists such as Roman Simović and Yuja Wang, the appearance of the Óbuda Danubia Orchestra was certainly the highlight of Don Branko's Music Days. Although personal experience and impression are crucial for each individual, with the concert on Sunday, July 21 at the Square of the St. Tryphon Cathedral, the ensemble, objectively, showed a high level of professionalism, as proof that a dedication to art and a devotion to performance is a sure path to success. 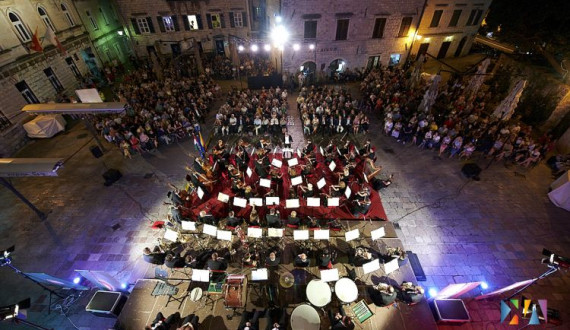 This music event was, as well, of ceremonial character, as it was realized in cooperation with the Hungarian Embassy in Montenegro, which during summer organizes the Weeks of Hungarian Culture. In addition to Hungarian authors – Franz Liszt, Béla Bartók, Ferenc Erkel and Zoltán Kodály, or rather, before them, the Orchestra performed the piece by Montenegrin composer Nina Perović, which made this composer the most performed national author on KotorArt. Titled Gousle, the piece was awarded at the Prague-Vienna-Budapest International Summer Academy in 2011. Following contemporary creative tendencies, the composer kept her poetic approach within acoustic music. The gousle, simulated explicitly in the cello part, and then occasionally in other, higher string instruments, can in this case also be understood at the level of expanding the symbol of Montenegrin folk tradition in a broader metaphor – the Montenegrin cultural identity. 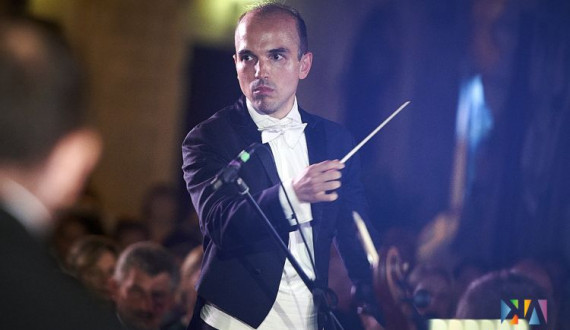 Óbuda Danubia Orchestra was founded in 1993 by Domonkos Héja, and as a result of dedicated and meticulous preparation and regular performances, it has become a renowned participant on the Hungarian music scene, which is as rich as it is contributed by regular concerts of  the Budapest Symphony Orchestra, the Hungarian Radio Symphony Orchestra, the Concerto Symphony Orchestra, the Budapest Philharmonic Orchestra, the Hungarian National Philharmonic Orchestra, the Budapest Festival Orchestra, and the National Opera Orchestra. In such a first-rate competition, the Danubia ensemble worked its way to gain its audience thanks to the artistic leadership of Máté Hámori who has been conducting the orchestra since 2013 and who has set a strategy to increase the number of concerts and raise the professional reputation of the ensemble. Through the performed program, which was very communicative and appealing due to the sound of the Hungarian folklore, the orchestra showed all its qualities: the ability to create wide massive sound, a compact sound of brass section, horns as well, and achieving emotional tension – in Liszt’s Symphonic Poem Les préludes and Erkel’s Hunyadi László Opera Overture alike. On the other hand, Bartók’s Hungarian Sketches and Kodály’s Dances of Galánta, both delicate in their plain structure were a place for talented soloists to stand out, especially woodwinds – flute, oboe and clarinet, as well as for showing subtle dialogues between instruments.
Such grounded values, which go beyond a subjective judgment, become deeply embedded in the performing practice of the Danubia Orchestra. With the concert in Kotor, the Orchestra made another reference in its biography. KotorArt made it as well in its eighteen-year history.
Boris Marković