Musical performance along with a father and son dialogue 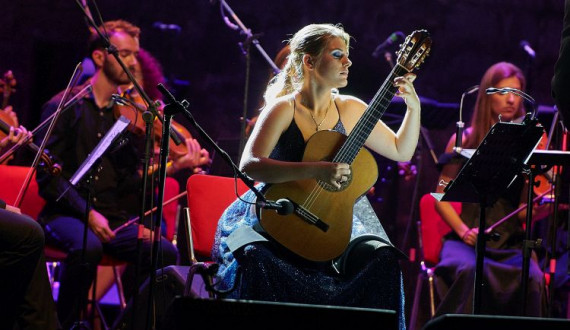 Nađa Janković, a guitar student at the Vida Matjan Secondary Music School in Kotor, under Professor Srđan Bulatović, has already had the opportunity to successfully present herself to the audience of Don Branko’s Music Days. The knowledge acquired at the music school, as well as from Professor Stefan Schmidt in Friedberg (Germany), with whom she has been studying since 2017, Nađa demonstrated interpreting the Baroque Concerto for two violins, lute (guitar), and continuo in D major by Antonio Vivaldi, the Early Romantic Concerto for guitar and strings in A major by Ferdinando Carulli, and a contemporary piece Tango en Skai by Roland Dyens. In such an order of compositions, Nađa took the opportunity to highlight the stylistic differences between them and demonstrate the appreciation of the fundamental aesthetic concepts in music, necessary for every concert musician. A balance in the dynamics and solo-tutti relations in a transparent orchestration of Vivaldi’s Concerto was successfully conducted by Jacek Rogala. In spite of all the “bonuses” the sound of an open-air performance can be affected by, even those most transparent textures of the music score have left the impression of a musical performance, especially the “dialogue” between solo guitar and a continuo played by cello (Timea Kalmar). 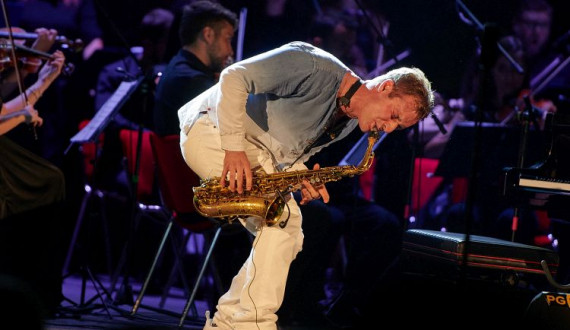 A versatile artist – saxophonist, pianist, singer, music producer and co-author, Sapphire Adizes, released his debut album The Wild Boar in 2019, and it is the music from that particular album that he presented to the audience of Don Branko’s Music Days. It is an electroacoustic multimedia work, rooted in widely understood postmodernist concepts. Going beyond the boundaries of art music, even the very art itself, he seeks for trivial, both through folklore practice using quotes from a Macedonian folk song, and through jazz, simulating its laws at the level of melody, harmony, and rhythm. He also applies the sounds of nature, whereby the work becomes concrete music, and he uses a voice in a soloistic way – his own voice, naturalized, and a choral one. Adizes uses all these practices in order to represent his own identity. In this sense, the narrative follows Sapphire’s path from birth to present day, and is supported by the factual content of the video, the integral part of which is the author's father, as well. He was also present on the stage, as a narrator and accordionist. Ichak Adizes, one of the world’s leading experts in the field of management, read the text in which he expressed a personal message to his son. How such emotionally elevated declarations of father's love for a son, full of support, understanding and advice for the future can overcome the autobiographical value of the work and become a wider metaphor, is the question to be observed within a particular society, because, for traditional patriarchal societies and a male discourse, a relationship like this remains atypical. 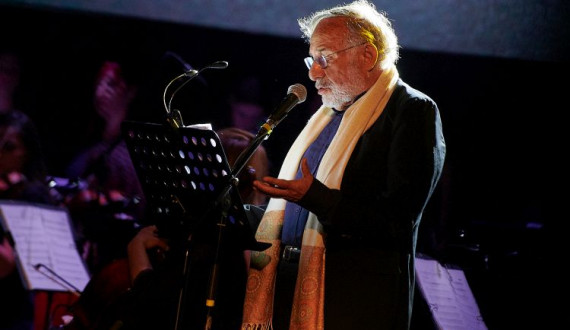 In the context of its name – Sparks of Youth, the musical event was a meeting point for the performing and creative potentials of young artists, and the KotorArt Festival Orchestra proved to be the performing capital in which the Festival justifiably invested from year to year, providing young musicians from Montenegro and the region learn from prominent conductors through the performance of crucial works and the works of contemporary authors.