Antonije Pušić – better known to the wider audience as Rambo Amadeus will be the editor of the upcoming EKotorArt in the summer of 2020. KotorArt International Festival Don Branko’s Music Days began with ecological programs two years ago with a desire to connect art with matters of ecology as well as with extremely important global topic of today’s world. Burdened with every day existential, political and other problems, the local man barely has the time to think about the importance of his own doings and responsibilities that we bear as individuals, even without that incredible and especially meaningful fact that we are the citizens of the first ecological country in the world!

Out of all these reasons we are welcoming Antonije Pušić, aka. Rambo Amadeus in our team. Born in Kotor, raised in Boka, he has constantly been making a difference by never giving up and setting up great examples. His solar sailboat has attracted so much public attention and the problem of ecology (i.e. pollution of Boka) was the main theme in his work “Passion by Stella” which he wrote for the opening of KotorArt Don Branko’s Music Days in 2018. 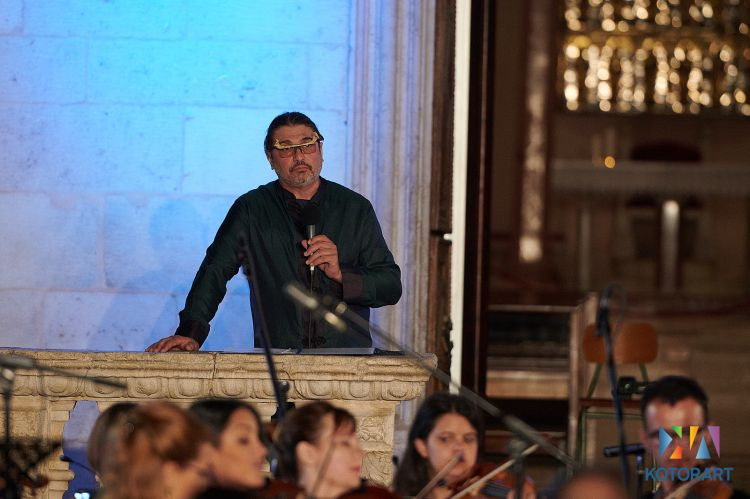 Further details about this series will be additionally provided for the public. In the following part you can read Rambo’s text as a core of the idea and necessity to intertwine art and ecology by creating new values and at the same time by influencing the consciousness of every individual about his own personal and collective responsibility.

“The industrial revolution, dirty technologies, chasing after profit, relentless exploitation of all resources – they are all destroying the fragile eco system of planet Earth. Transition to clean technologies is shy, slow and sluggish – the air is suffocating people in the cities, the islands of plastics in the oceans are drowning the entire sea world, oil spills, polluted water, melted glaciers and catastrophic fires around the world are alarming us to speed up the change of our bad habits gained in the most arrogant phase in human history – the industrial revolution.
Every person should get engaged – but firstly it is necessary to change our own sensibility, leave the comfort zone before we are forced into it.

In sensitizing the individual, art is the most effective as a unique act of homo sapiens. It communicates the best with the highest, most refined spheres of our consciousness by waking up the nobility in people and there isn’t a more noble task nowadays than to fight to provide our grandchildren with a comfortable place to live and not with the chaos where instincts for bare survival will bring the human civilization into an era that existed millions of years before us – the era of dinosaurs – ruthless survival machines that only had three thoughts on their mind: to kill, to eat and to reproduce.

Luckily for us, this gigantic, ancient beings became extinct long time ago thus leaving us with a chance to build our civilization.
EKotorArt is a necessary crossover between art and ecology – the artistic procedure and tools put into the service of performing per exelence tasks of the present – saving and rebuilding the planet’s eco systems, the cradle of human civilization, which threatens to become our tomb.
The art which is not socially engaged in this necessary process risks to become and to be treated in schools in the future (if it even happens for the human kind) as “l’art pour l’art” or more precisely - kitsch. 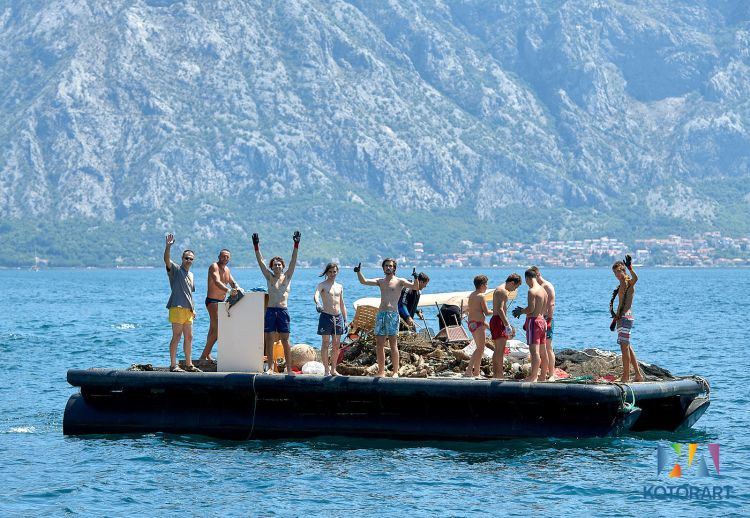