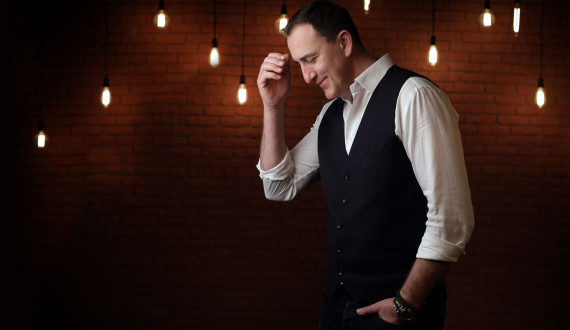 Sergej Ćetković, one of the most beloved musicians in Montenegro and the region, will perform on KotorArt Don Branko's Music Days by joining forces with the orchestras of music schools “Vida Matjan” from Kotor and “Mokranjac” from Belgrade. Concert entitled “Sergej Presents the Orchestra of Young Talents” is scheduled for July 31st at the Small sports stadium in Benovo, Kotor. All additional information regarding program you can read in the following section and for tickets presale, just click on “TICKETS”.

For many years KotorArt Don Branko’s Music Days have been organizing concerts recognizable by their interesting sound intertwining of popular and art music. This will be an excellent opportunity for the audience to hear different versions of Sergej’s songs he will sing accompanied by his band and an orchestra. Along with the Orchestra of Young Talents and Sergej himself, two young extraordinary musicians will also perform at the concert: the oboist Filip Bosiljčić from Belgrade and accordionist Boško Tujković from Kotor. One of the important goals of this kind of cooperation is aimed to students who, by working and spending time together while rehearsing, will for the very first time learn about the complexity of an orchestra project on its way to stage realization.

“By combining the students of two music schools, from Kotor and Belgrade, with an amazing performer and gentleman such as Sergej Ćetković, we create an opportunity for these children to get to know each other and gain experience of playing wonderful arrangements on stage where art and pop music combine. Our audience will witness a unique concert of Sergej’s hits accompanied by young hopes and sounds of string orchestra which will influence the popularity of classical music in wider range through music work of the orchestral repertoire”, stated the Festival’s PR service.

As a part of Coca-Cola Stage, the Festival provides the opportunity for the audience to hear more popular music sound but at the same time to maintain the high level of artistic expression. As a part of the Coca-Cola Stage program, we have already had a chance to see the performances of some of the most significant names of popular music of ex – Yugoslavia, such as Arsen Dedić, Josipa Lisac and Amira Medunjanin. And for the first time ever pianists Vasil Hadžimanov and Matija Dedić and artistically familiar vocals Gabi Novak and Bisera Veletanlić performed in Kotor together.