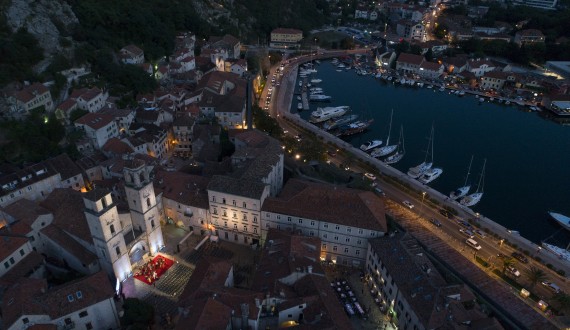 KotorArt Don Branko Music Days opening ceremony was traditionally held on the full St Triphon’s square with the bells of the St Triphon Cathedrale on the Statehood Day of Montenegro.  The director of KotorArt Don Branko Music Days Mr Ratimir Martinović, president of municipality of Kotor, Mr Vladimir Jokić as well as the culture minister in the government of Montenegro Mr Aleksandar Bogdanović addressed the audience and Mr Bogdanovic declared the festival opened.
The audience had the opportunity to listen to the premiere of Stella’s Passion commissioned by the Festival from Antonije Pušić, better known as Rambo Amadeus. The part of the soprano in Rambo’s composition was given to our own artist Natalija Radić while the KotorArt Festival Orchestra was conducted by Premil Petrović.
The audience was also reminded of another Festival’s order, the work Immortal ray written for the KotorArt by our own composer Ivan Marović. The music event was accompanied by the screening of documentary film “Return to the Sea” directed by Dušan Vuleković.
“Don Branko Music Days are an event that has set extremely high standards on our region’s music scene by offering the audience high quality programs of different music genres and expressions, enjoyment in performer’s virtuosity, the perfection of orchestras and conductors as well as the presence of many great composers of today. Even this year the festival continues to perform music works that erase borders of music genres and create one of a kind esthetic incidents, which in the context of created effects of the festival represents a step forward in our culture that always brings the necessary doses of intrigue and discussion”, said the culture minister in the government of Montenegro, Mr Aleksandar Bogdanović.

The president of municipality of Kotor, Mr Vladimir Jokić, also showed his appreciation to the KotorArt. “Tonight I will thank it for lasting and existing, in spite of me and them, in spite of me and you, in spite of nothing ever changing and everything remaining vanity. I will thank the loud silence of lasting with deep cognition that there is a time to be quiet and the time to talk, the time to act and time to lose. The reminder remains that we are all together a mere part of the mosaic of the intention of the Town and its lasting. Thank you in the name of all of us.

“The renewal of the relations toward nature and finding the new dialogue with it where the achievements of the civilized world won’t be its threat, but its advantage.

The development, as necessary and important as it is, must be hand in hand with the renewal of consciousness of what we have, what we learned, inherited and what is incomparably more valuable than the short term profit that often blinds us.

In that context I consider important the tonight’s premiere of the Amadeus’s work in the very combination with the composition dedicated to the great Njegos. Our own creators were involved who inspired and encouraged by our strength and our weaknesses send universal messages. Ivan Marović in the “Immortal Ray” musically emphasizes the thoughts of the loner from Cetinje whose addition and upgrade could only happen in arts. Antonije Pusic uses satyre, the only way we know how and bitterly but caringly, aggressively but deeply gentle, sends important messages about the world in ourselves and world around us, about renewal and self-return”, said the director of KotorArt Don Branko Music Days, Mr Ratimir Martinović. 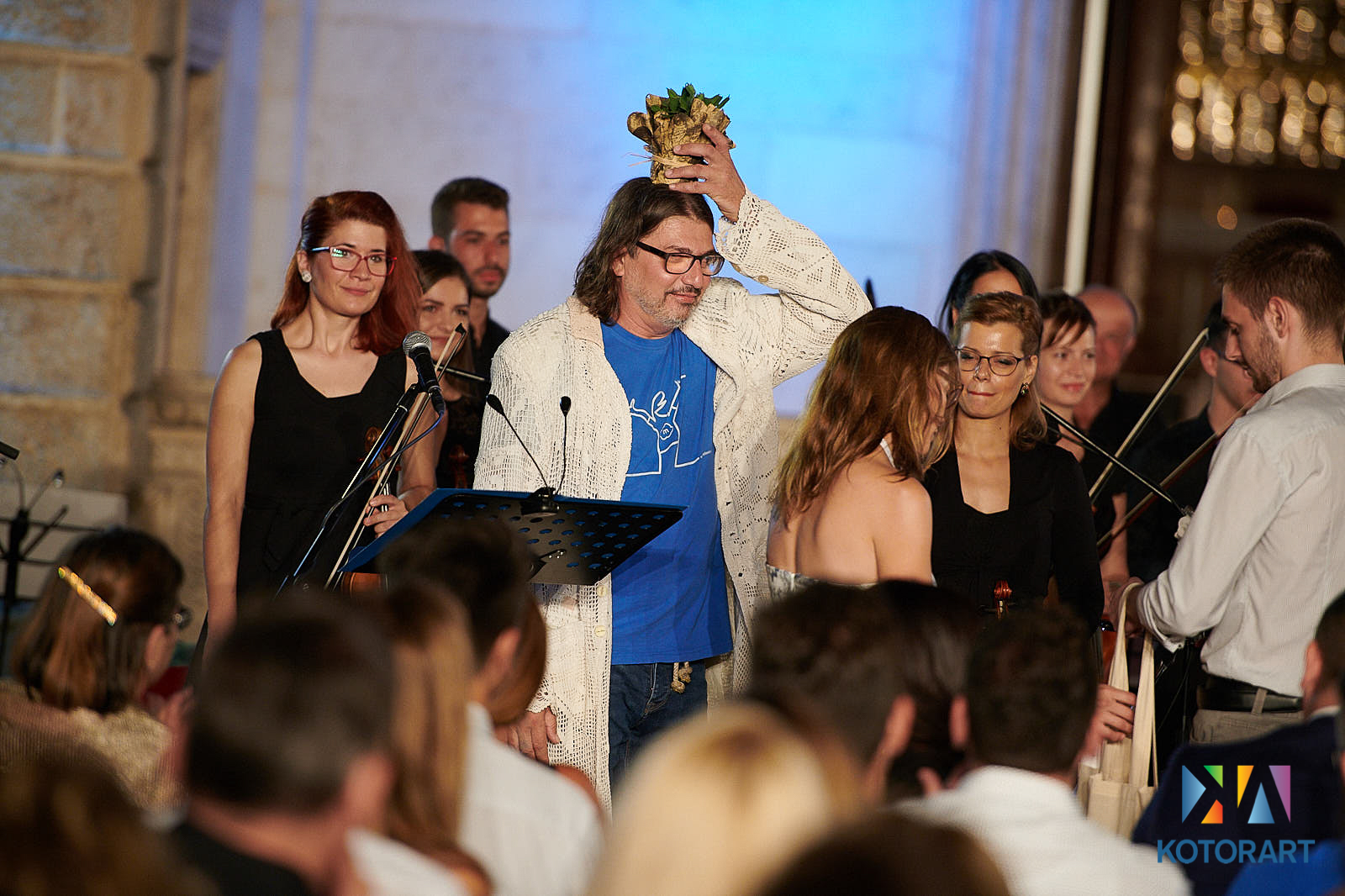 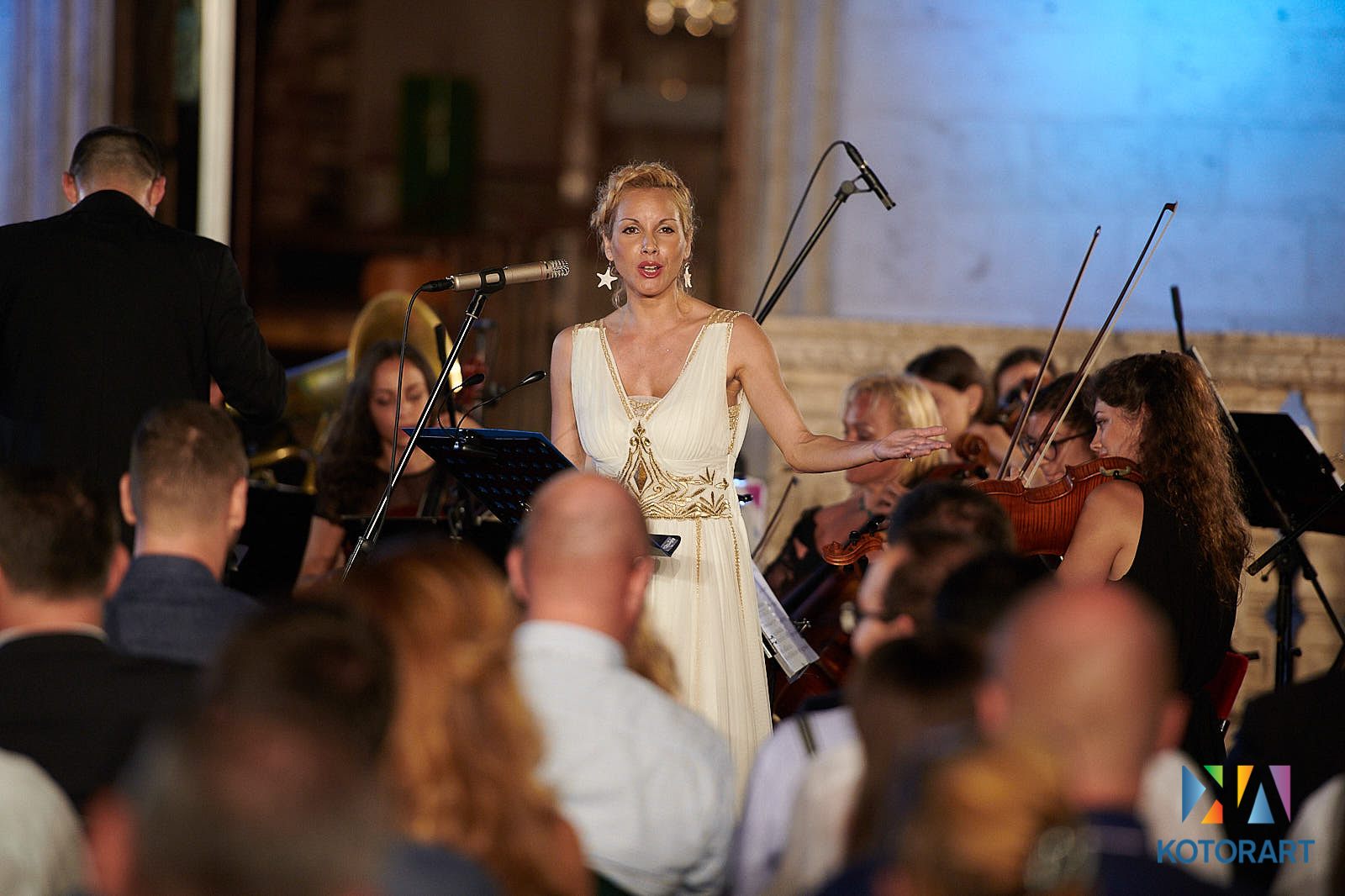 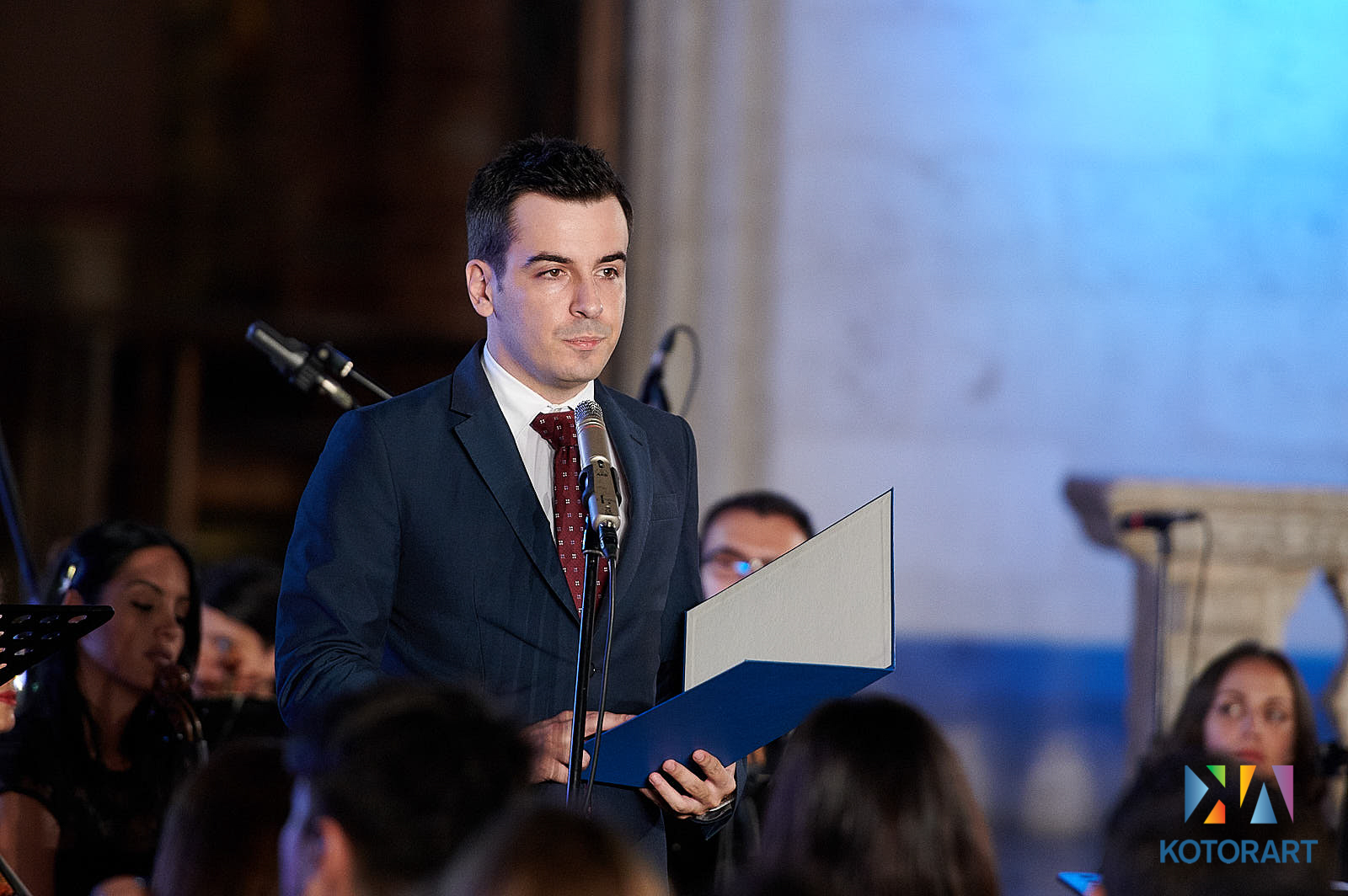